DOOR3 is proud to announce Jay Chen, Senior Developer, won the 2014 Drupal Module of the Year Award! Jay’s award winning module was his Mobile Sliding Menu. The Blue Drop Award Winners were announced at this year’s DrupalCon in Austin, Texas.

Inspiration comes in all shapes, sizes, and locations and for Jay he found his with frequently used mobile apps.

“When I used some mobile Apps like Facebook and Google, I noticed their sliding menu features were pretty awesome. I found no existing modules on the Drupal community were using the mmenu jQuery plugin, so I decided to create a Drupal module and integrate the plugin. 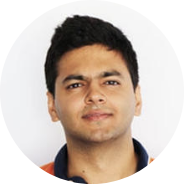