Drupal vs Joomla: An Engineer’s Take

So, you’ve decided to evaluate an open source content management solution, and you’ve found that Drupal and Joomla stick out for being widely adopted and lauded by companies and developers alike. Both of them are full featured CMS platforms and if you require complex content hierarchy, tagging and authoring, these two platforms fit the bill. So how do you decide which one is right for your company?

In a five part series, I will go through a brief overview of Drupal vs Joomla based on platform usage, project complexity, need of integration, required support and Ecommerce.

Although the usage of both platforms is on the rise, they have slightly different markets.

Joomla has been favored by the small to medium business market largely due to the ease in theming. To that end many extensions for Joomla are plug and play requiring and offering less customization. Support and services for Joomla also reflect this, with many more theme shops available for Joomla in relation to enterprise level support groups.

In contrast, Drupal has been widely accepted by the enterprise market for medium to large projects. In the words of Dries Buytaert, founder of Drupal: “Drupal has some (out-of-the-box) features and functionality that makes it a more natural choice in the enterprise (e.g. access control, custom content types, master-slave database configuration, Varnish support, MongoDB, etc). This functionality might exist in Joomla too, but maybe it hasn’t reached the same level of maturity? Keep in mind, it is not only about the features.

Even if Joomla and Drupal had the exact same features, I’d say Drupal’s ecosystem is generally more in tune with the medium to high-end of the market. That is very important too. It is probably the combination of both that makes Drupal attract the larger projects relative to Joomla.”

Stats are courtesy of builthwith.com

There are pros and cons when reviewing any given systems usage statistics- what are your considerations? Drop us a line and tell us more.

DOOR3 as a drupal development agency understands about the markets and user base for each platform and how their respective ease of use, customization options, and support services impact their suitability for small to medium businesses and enterprise level organizations. Contact us today! 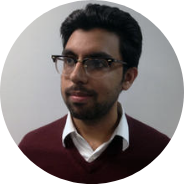