The Future is Focus

Software development requires concentration. Clients, understandably, expect their expectations to be met—their visions realized. Our work is inherently intolerant of error, as any developer who’s submitted code first to a compiler and then to QA knows.

The necessity of concentration begins during requirements gathering and the creation of formal specifications. Our business analysts listen, write, and conduct workshops that sometimes last days to truly understand a client’s needs. Mastering a client’s project—and doing so expediently—comes only because our analysts focus their minds on the work.

Waseem, a friend and valued colleague, recently remarked, “The future is focus.” What he meant was that the particular skill of focus—the deliberate application of attention—will increasingly be what separates the good from the great. The backdrop for this comment is obvious to anyone who was alive before the arrival of wireless, pocketable, ubiquitous computing.

I lived through the interregnum, lasting a little more than a decade, between cigarettes and phones. Not long ago, entering a room meant lighting a cigarette. Cross the threshold, settle into the space, and light. It was a way to announce, to the room and yourself, your establishment in the space.

Today, what are people fishing from their pockets? Once ensconced in a space, phones appear. Before a person becomes available in the new location, their phone is given an attentive consultation and never fully relinquishes its hold.

Where the cost was once our physical health, the new cost is our attention and, by extension, our focus. Our focus is being hunted to extinction. Which is my way of saying that I believe Waseem is correct: that the future will belong to those with the exotic skill of focus. At the very least, they’ll have work at DOOR3. 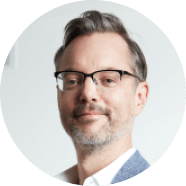