Drupal is one of the most powerful –if not THE most powerful– open-source Content Management Systems (CMS) in the world. Sites such as The White House, US Department of Commerce, AT&T, MTV and Michael Jackson, to name just a few, demonstrate how reliable the Drupal CMS actually is. In early 2011, a new version of Drupal was released: Drupal 7. As has been the case with every Drupal release, significant improvements are inherent with each new version. I’ll describe the most relevant features and enhancements as well as give you an idea of how we’re using Drupal 7 in our work here at DOOR3.

Most say the most significant improvement in Drupal 7 is the interface redesign. Now including a new administration theme called Seven, the experience of managing a website is much smoother. When it comes to managing large amounts of contents, aside from having a more organized and cleaner look and feel interface, the most important thing is to find what we are looking for fast. This is where the new “Shortcuts” bar comes into play. This new feature allows the user to essentially bookmark the most frequently used pages and pin those bookmarks to a navigation bar that is visible from all pages at all times while in the administrator interface. Here at DOOR3 we customize each Drupal site with content-type specific shortcuts so that each client can easily manage its custom setup after their website is complete.

Another useful feature is the new customizable dashboard. Now it is possible set up a custom Administration landing page for easy access to the most frequently used parts of your website such as recent content, recent comments, recent registered users, users online and search form. This opens a new door for developers to dynamically prepare a good summary of all active sections of a site for their Administrators, Editors and Publishers independently.

In theming a Drupal website, it is imperative to have all elements labeled with proper classes. The good news is that Drupal 7 does this for you in a more friendly way than its predecessor, Drupal 6. Drupal 7 allows themers to easily orient their CSS styles to a broad range of elements or one specific element alike. No matter if you are theming a simple site or a very robust site including panels and views, this is a very useful tool for developers.

In Drupal 7, aside from being the first CMS with RDF support, now is possible to easily change basic features of a theme such as DOCTYPE, RDFa and language properties on a per page basis, thanks to the new html.tpl.php template file added to the templates collection. In this version, the naming convention of some variables changes to make the theming process more intuitive. Furthermore, template files now live in the “templates” directory of your theme root for a cleaner, more organized theme file hierarchy.

Directly out of the box, Drupal 7 has adopted more than 50 of the most implemented external modules including Content Construction Kit alias CCK, Token, jQuery and jQuery UI, File and Image field, ImageCache and Permissions API. Essentially, this means that Drupal 7 now features more custom content support, image handling, optimization, accessibility, security, flexibility and administration straight out of the gate after setup. The more Drupal grows and improves, the quicker and easier the developer’s job becomes.

To make expansion even easier, Drupal 7 now comes with a built-in module installer. Now you can either upload a compressed file from your computer using the upload widget or simply copy & paste a remote URL of the module and click “Install”. All of this is done from the administration interface; there is no need to access your server via FTP or SVN. In this way, Drupal 7 makes routine tasks easier for both developers and non-developers.

Please come and visit Our Work showcase, where you can find more information about DOOR3’s Drupal projects. 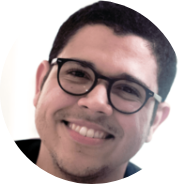