A new Forrester report titled “The Future of Mobile Application Development” predicts that as wireless technology becomes more ever-present in our lives, user experience will become more multi-sensory, moving from the current domination of sight and touch to a more balanced experience including what the voice says, the ears hear, and how our senses all work together.

The main reason for this, according to report author Jeffrey Hammond, is because technology applications will begin capturing less of an audience’s attention at any given moment. “When developers design user interfaces today—whether it’s for a laptop or for a mobile device—we think that that application is totally what the user’s going to be focused on,” said Hammond, “So we try to design the applications to catch the user’s eye, to involve them, to totally engross them. But think about what’s going to happen when they have to be able to see the road or make sure that they don’t trip and fall while they’re getting cues from these applications.”

As user experience changes, mobile app developers will be forced to adapt as well. In an article on the subject, Software Development Times’ Suzanna Kattau explains that the major shift for developers will be adjusting to the fact that they may no longer have users’ undivided attention. As the focus shifts, changes you might expect include apps that support multiple modes of input. User interfaces may change focus from touch to voice and back again multiple times throughout the day.

Hammond explains, “When you strap that device onto your arm (before a run, for example), you’re not going to look at it anymore until you’re done with your run. Voice takes over. Also, when you’ve got applications that are in the car, the natural mode also shifts to voice. But you don’t only want to have voice because, if you’ve got an application and you’re in a crowded restaurant, you’re going to want to shift back to touch. So developers have got to be able to essentially support multiple modes of input.”

Wearables and connectables are also coming in the near future and will present unique opportunities for businesses and developers alike. Possibilities include jackets with battery-charging properties woven into the fabric, or shoes that generate power while you walk or run. Hammond believes eyeglasses offer the most promise. “Why do you have to have the 4-inch device up by the side of your face?” he asked. “If you have a pair of glasses on, who’s to say you can’t have a brick sitting in your briefcase or your attaché that’s doing most of the processing and the glasses are essentially the local dumb terminal, if you will. It’s kind of like the fifth generation down from a 3270 terminal.” Hammond said that by 2014, those types of glasses will definitely be available.

This may be a ways off for the main stream of business, but it highlights the trend. In what direction do you see technology heading, and how are you preparing in your digital strategy? 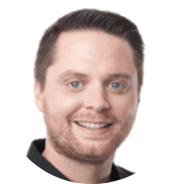