Partnered with WWE to expand the reach of the typical fan

WWE is an integrated media organization and a leader in global entertainment. Dedicated to using the power of its brand to address important social issues worldwide. Launches a user focused website that expands awareness about their commitment to social responsibility. 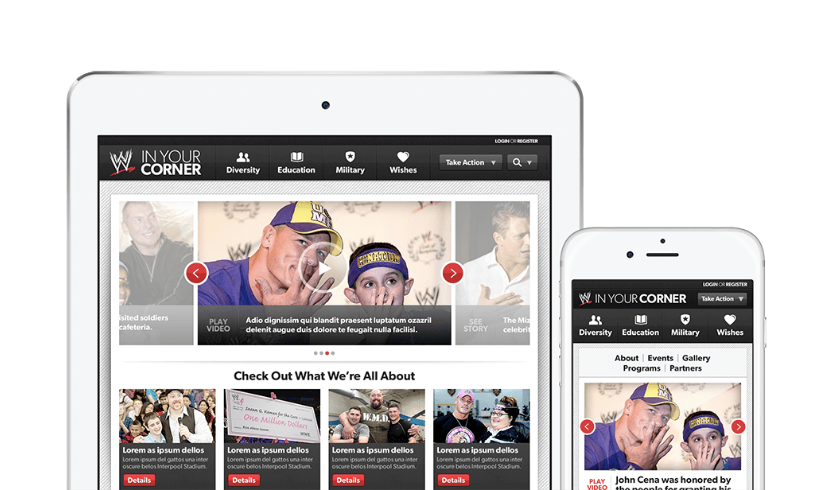 DOOR3 partnered with WWE to expand the reach of the typical fan and raise awareness about the WWE’s commitment to social responsibility. By creating a fully functional web property devoted to the four pillars of the WWE’s Corporate Social Responsibility initiative (Diversity, Education, Military Support, and Hope), DOOR3 was able to represent the “softer side” of the WWE with the award winning WWE Community property user experience. 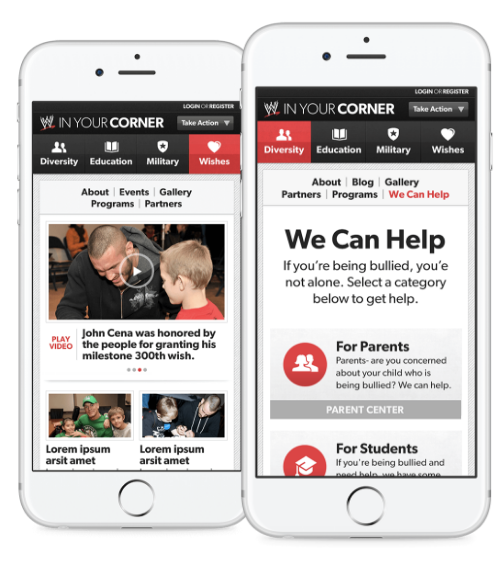 “DOOR3 is a trusted partner in the designing and building of our digital properties. For the community project, DOOR3 was able to meet the goals within a tight timeline, working closely with our team. We have done several projects together and look forward to continued collaboration.”