In case you haven’t heard, an AI algorithm created by Google’s DeepMind group, recently concluded a series of Go matches against the 18-time Go world champion Lee Sedol and won….decisively.

Why do you care?

First off, the algorithm was not created to actually play the game (e.g Jeopardy or chess). Instead, it used neural networks to build a program that learned how to play Go by itself. The AlphaGo program studied datasets of hundreds of thousands of matches and then proceeded to play against itself millions of times. With each match, the program adjusted its move prediction and position evaluation neural nets, effectively reprogramming, and then competed against this new version of itself to confirm the new versions superiority.

Secondly and most importantly, what is really cool is that this type of program can process vast amounts of unstructured information into something viable and usable, in this case for a game, for businesses worldwide. Just imagine the possibilities for a sector(e.g. Legal, Financial. Pharmaceutical) that produces and consumes vast amounts of just that type of information.

So it shouldn’t surprise you that at around the same time, the Google AI group that mastered Go ventured into an applied field by announcing the launch of DeepMind Health. With the advent of DeepMind Health, it’s safe to say that DeepMind (or something similar) could be coming to a sector near you.

Gerrit Veeder is Director of Marketing at DOOR3. 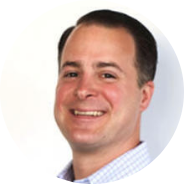