The Role of DevOps Consulting in Modern Software Development

By now you’ve likely heard about DevOps consulting and have sense for its growing influence in the field of software development. This post will give you a comprehensive overview of the topic, some emerging trends, and what DevOps consulting means for your business.

We’ll also look at some specific examples to contextualize the information. So, whether you’re a DevOps rookie or a seasoned practitioner, there is something for you here.

DevOps is the union of software development (“dev”) and software operations (“ops”). More than a mere set of tools for engineers in the field, it is the evolution of how software is made and supported. It is a perspective that expands our thinking of software development to include environmental considerations that ultimately establish the operational cost, performance, security, and availability of an application.

DevOps recognizes that all software exists in a state of flux and in relation to other systems – and in so doing it weds operational considerations (system administration, security, and maintenance for example) with the business needs that the software is designed to serve.

This holistic process of automating and maintaining application deployment and execution environments represents an expansion of software development to include how software is QA-ed, deployed, and run. This ensures the priority of non-functional requirements like security, availability, and performance. The key to this approach is the balance of responsibility across a team.

Before we think more about DevOps consulting, we need to think about it as a perspective and approach. DevOps is centered on the collaborative activities of shared ownership, workflow automation, and fast feedback. You can think of this as a cycle that feeds back on itself.

Planning stages set up coding work, which builds the software that then needs to be tested before being released and deployed. It then operates in an end-user environment and is monitored continuously, which feeds back into the planning of additional stages, and the cycle starts over again. 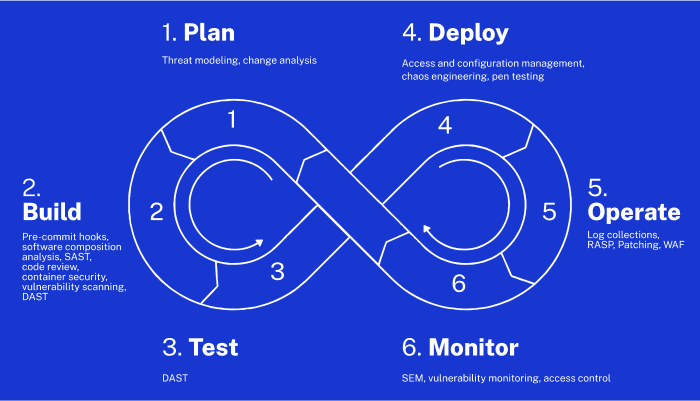 This cultural philosophy is put into practice in a variety of ways throughout the project lifecycle. You can think of DevOps as a whole as the infrastructure that surrounds the software, like a cellular membrane that holds together and protects the contents inside.

This equilibrium is maintained through different practices undertaken at key times. For example, CI/CD, which stands for continuous integration, continuous delivery, and continuous deployment. Each practice perspective is different, and they all work in tandem.

Continuous integration increases deployment velocity while maintaining integrity. Code is continually committed in manageable increments by individual developers. The builds and testing are automated and the use of a communal repository allows for speedy repairs in the case of failure. Because developers are not working on multiple branches at once, there is a lower chance they will conflict with each other.

Continuous delivery ensures a system is ready to be deployed at a moment’s notice. Because all code changes are deployed from a shared repository, teams have better communication and transparency. This greatly reduces the level of effort for deployments.

Continuous deployment is the practice of automating the repository releases into the production environment. This frees up time for coding and developers do not need to labor over tedious manual processes. It also sets up the cycle of development to begin anew.

Here at DOOR3, a practice that we have used to help clients reach their goals is going serverless. Serverless is a cloud deployment model where cloud services take the place of servers or virtual machines.

This model offers increased flexibility, able to scale without direct, hands-on intervention. It reduces costs because you do not have to reserve space like in other cloud models.

There are some distinct advantages and drawbacks of the serverless model.

However, it is not all sunshine and roses. Some of the drawbacks of the serverless model include:

Why DevOps, Why Now?

In the simplest terms, DevOps consulting is a significant budget consideration for almost all resource plans. However, its goals offer a unique ROI that compounds over time.

DevOps consulting aims to build software that is:

At DOOR3, we employ DevOps from the start of the development process to ensure we deliver. We believe that it adds significant value to a project, especially as a day-one consideration. We see it is a vital necessity, rather than a luxury.

As an integral part of our process at DOOR3, DevOps consulting works in projects to guide development and ensure the timely delivery of a client’s custom software solution, facilitate its maintenance, and lay the foundation for future growth. If you would like to learn more, contact us today. 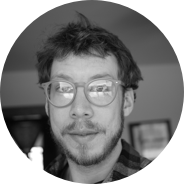